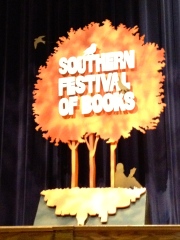 When I moved away from Nashville in August, I had no intention of returning anytime soon.  Although I valued my teaching experience and the friends I made there, the city and I have never been on the best of terms (another story for another time, perhaps).

And then the author lineup for the Southern Festival of Books was announced, and I wanted to kick myself for leaving just a few months too early.  Not only were there going to be panels and author signings featuring no less than a dozen of my favorite YA authors (you may have noticed from previous posts that I’m slightly addicted to young adult literature), but the great Katherine Paterson was also scheduled to make an appearance.

books, Katherine Paterson is the Newbery Award-winning author of my all-time favorite book, Bridge to Terabithia (in addition to many other beloved children’s books).  I reread this book pretty much every year, I read it aloud to my students when I was teaching, and I sing its praises to pretty much anyone who will listen.  I love that even though this book was written in the 70s, the main female character, Leslie, is strong, intelligent, and creative.  I love the emphasis on imagination, and I love the development of Jess and Leslie’s friendship.  So not only am I crazy obsessed with this book, but Katherine Paterson rarely makes public appearances.  So there was no way I was going to miss this.

So I booked my plane tickets, and last weekend I headed down south.  The trip did not have a great beginning (a hotel mix-up led to my almost being homeless for a night), but once I got downtown for the festival on Saturday, my mood improved immensely.  Here are some of the highlights of my time at the festival: 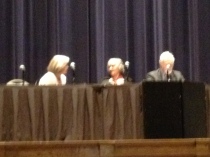 1. Katherine Paterson, obviously.  She and her husband recently wrote a story called The Flint Heart, from which she read to the audience before taking some questions.  By far my favorite moment was when someone asked her what it was like being a living legend, and she answered, “Well, it’s a lot better than being a dead one!”

After her talk, she signed books, and thanks to a Twitter contest, I was able to be at the front of the line for the signing.  I got my childhood copy of Bridge to Terabithia signed, and pretty much floated away from the table.

2. The panel on YA fantasy.  I had just finished reading Throne of Glass before the festival, so I was excited to hear from Sarah J. Maas, as well as the other authors (CJ Redwine and Karyn Henley).  The authors on this panel basically spent the time geeking out over Lord of the Rings and Harry Potter and other fantasy stuff, so it was awesome for the nerdy audience members to see that the authors were kindred spirits.

3. Barbecue.  Several of Nashville’s food trucks were at the festival during lunch hours, and I was excited for

one of the few things I like about the south, authentic barbecue.  A pulled pork sandwich from Slow & Low BBQ Bistro was perfect.

4. Sharon Creech.  Another children’s author whose books I will ALWAYS read.  Her books are hilarious and heartwarming, and she used to be a teacher and still does a lot with schools.  I’m looking forward to reading her latest book.

5. The Digital Bookmobile.  I found this incredibly intriguing, though I’m not going to say too much more about it here (stay tuned for an upcoming post on InfoSpace with more information!)

I could really go on and on, but I’ll limit my highlights to five.  Just know that there were many more authors I loved meeting and listening to, and this was an amazing experience.

Now some of you might be wondering why I just spent the last 600ish words gushing about books and authors.  This is supposed to be a blog about librarianship, isn’t it?  And libraries are about more than books these days!  Librarians do more than just read and recommend books!

All of this is true.  But here’s the thing: literacy is still REALLY important to me, because if kids can’t read, they can’t access the information that is out there, whether it’s in traditional print sources or on the internet.  So I’m always excited to see dynamic children’s authors like Sharon Creech and Katherine Paterson, who write books that kids WANT to read (I was so pumped to see so many enthusiastic kids at the festival, and it’s thanks to these amazing authors that they’re excited about reading).

Additionally, regardless of the future of libraries, I don’t think books are going to 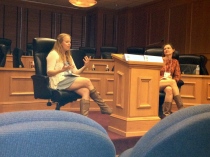 disappear entirely, so I think it’s important for librarians to read widely in order to help members find books they want to read.  Even though I went to the festival with certain authors in mind, I also had the opportunity to learn about and listen to a variety of new authors, and I came home with an even longer to be read list, full of new-to-me authors.  Without the exposure of the festival, I may not have found out about these books and authors.

So yes, my main motives for attending the Southern Festival of Books were selfish; I wanted to see a bunch of my favorite authors and meet my literary idol.  But I do think that attending the festival will help me to become a better librarian, because books and literacy are still a valuable part of librarianship, and being at the festival helped me expand my knowledge in ways that will benefit future library patrons.

Have you gone to any cool book festivals or conferences lately? Let me know! 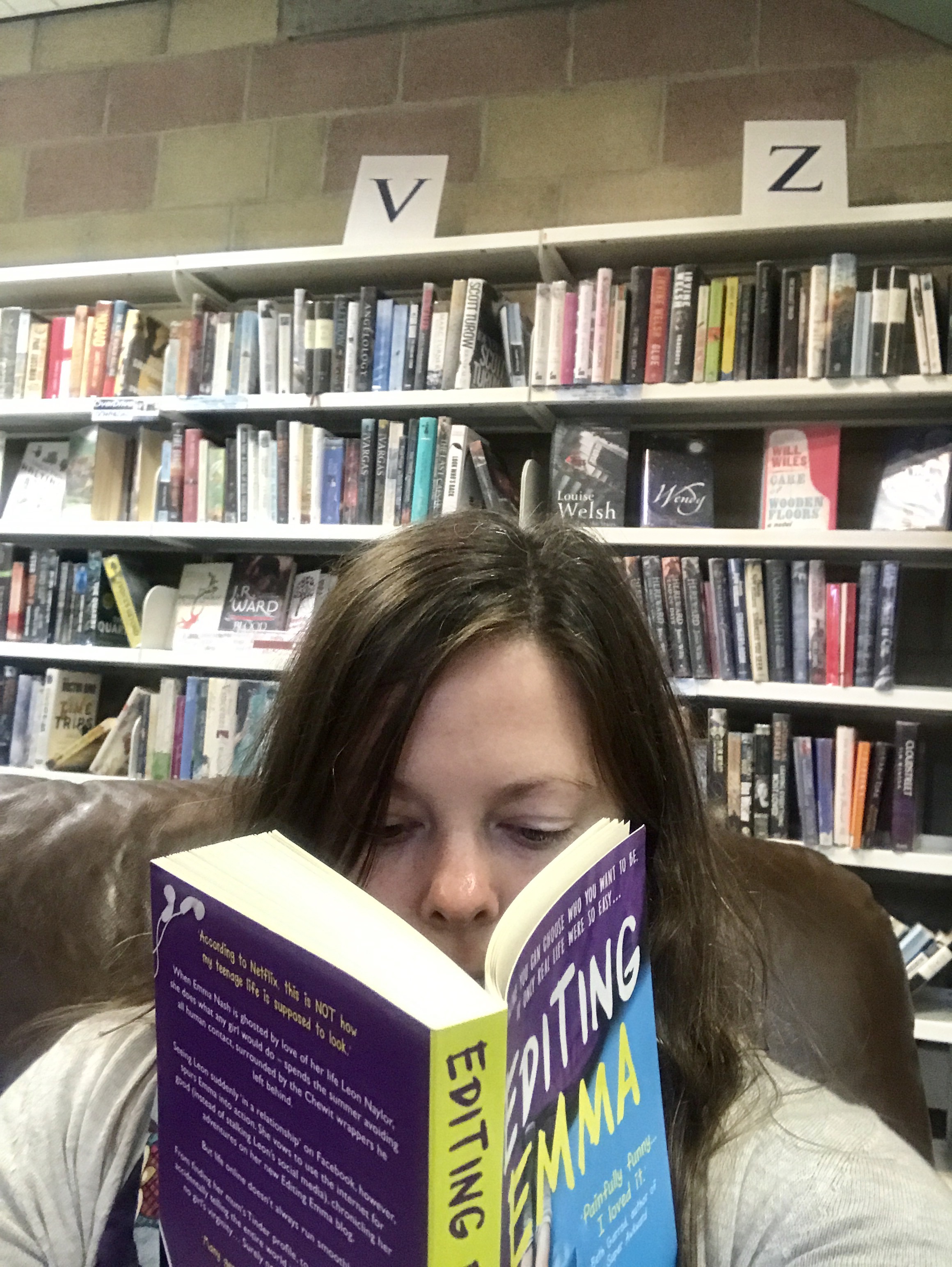